What should you do with an old Android smartphone? And how old is too old?

What should you do with an old Android smartphone? And how old is too old?

People are making their old hardware last longer or they are passing on old smartphones and tablets to their kids. But at what point does old become too old?

When it comes to an Android smartphone (or tablet… remember those?), at what point does old become too old, and time to consign it to the recycling center?

The answer, while easy, is hard to swallow. 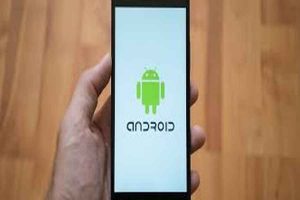 Back in March of 2020 it was estimated that over a billion Android devices weren’t getting security updates. Almost a year on, and this number has undoubtedly increased.

Once security updates come to an end, the device begins to build up security flaws, both big and small, and the more time that goes on, the greater the risk of showstopping vulnerabilities.

Problem is, Android updates are still a mess.

For Google’s own hardware, it’s clear how long you can expect to keep getting updates. Google Pixel hardware will “get security updates for at least three years from when the device first became available on the Google Store in the US,” which gives you an idea of the lifespan you can expect.

But if you didn’t buy a Pixel, things become a confusing hellstew. The best advice that Google can offer is to tell you to contact the manufacturer of your handset, or your operator. This is because both the manufacturers and operators need time to “customize” the update before sending it to you.

Yeah, I know. Who has time for that?

And because they’ve already sold you the phone, there’s not a huge incentive for them to continue supporting it.

Add to this the fact that there’s hardware out there that barely sees a single update.

Beyond that, Google offers information on how to check for updates.

So, it’s all a complicated, confusing mess that can leave people with quite new hardware that doesn’t see updates.

So, how old is too old? It’s not realistic to say that you should junk your device as soon as updates come to an end. Yes, if you value security, that’s exactly what you should do, but it’s not practical. A more practical timeframe would be to call a device end of life if it is three versions behind (so, that would mean anything running Android 8 or earlier).

If your device isn’t getting regular updates, I’d strongly recommend installing a security app to be on the lookout for and protect you against attacks. In fact, I don’t think that it’s a bad idea to have a security app installed even if you are getting updates, because the lag in delivering updates to some devices can be long, leaving you vulnerable to attacks.

On top of that it’s a case of watching what you click (especially links in random emails), being careful what you install (keep your downloads to the Google Play Store, and even then, keep your eyes peeled for suspicious apps), and make sure you have a backup of everything that’s important.

And once the device has hit end of life, securely wipe all the data off it, and recycle it.