SentinelLabs, in collaboration with Checkmarx, has been tracking the activity and evolution of a threat actor dubbed “JuiceLedger”. In early 2022, JuiceLedger began running relatively low-key campaigns, spreading fraudulent Python installer applications with ‘JuiceStealer’, a .NET application designed to steal sensitive data from victims’ browsers. In August 2022, the threat actor engaged in poisoning open-source packages as a way to target a wider audience with the infostealer through a supply chain attack, raising the threat level posed by this group considerably.
JuiceLedger operators have actively targeted PyPi package contributors in a phishing campaign, successfully poisoning at least two legitimate packages with malware. Several hundred more malicious packages are known to have been typosquatted.
In this post, we detail the evolution of JuiceLedger, describe the group’s attack vectors and activity, and provide an analysis of the JuiceStealer payload. 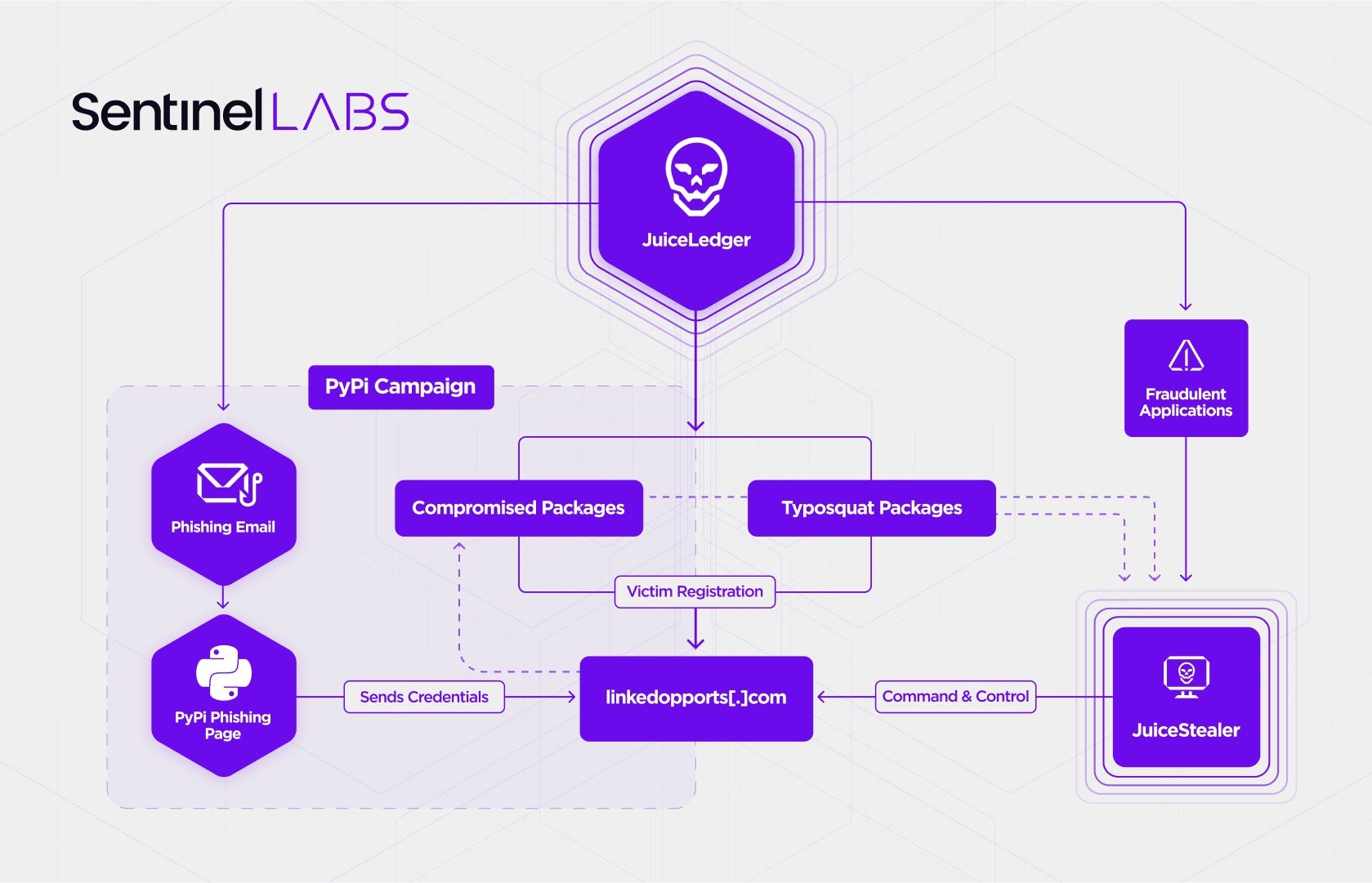