IBM, Microsoft, and the Future of Healthcare

IBM, Microsoft, and the Future of Healthcare

Healthcare is a mess, not just here in the U.S., but in most countries. Some of the biggest problems in this data-rich era are the lack of interoperability and fact-based advice. Two companies that stand out as aggressively trying to fix this are IBM and Microsoft.

IBM focused its Watson AI on providing medical professionals with diagnostic tools allowing them to diagnose even the most mysterious illnesses more accurately.

Simultaneously, Microsoft recently brought out its Microsoft Cloud for Healthcare, providing unprecedented data access for both doctors and patents. Both solutions, using different paths, help to improve the patient experience and outcome while lowering costs.

Let’s contrast IBM’s and Microsoft’s healthcare efforts this week — and we’ll close with my product of the week: the most advanced electric motorcycle on the market. 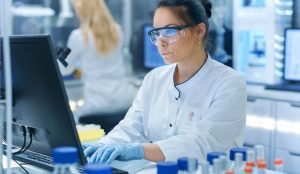 IBM Watson and Healthcare
One of the most powerful tools I’ve seen applied to the healthcare problem is IBM’s Watson platform. It first came to the market focused on this segment, and I had a chance to talk with the doctor leading the effort.

He told a story about a patient he’d run into years earlier with a painful condition that no one could diagnose. The near-constant extreme pain that savaged the woman struck a chord in his heart, and he dedicated his time over the years to diagnose and solve her problem. It turned out to be a little-known and very mysterious disease that only a handful of people had heard of, let alone been able to diagnose.

So one of the doctor’s first tests on the then-new Watson medical implementation was to input this now-cured woman’s symptoms, to see if Watson could reach the same result in an acceptable level of time. Within minutes Watson identified several possibilities, including the mysterious illness.

Despite the fact that additional testing to confirm which of those identified illnesses was the true affliction would have taken several days, the end result would have been the same successful treatment soon thereafter — and reduced the patient’s years of pain to only days, if not hours.

This remains one of the most powerful stories I’ve ever heard about applied AI technology addressing human suffering. It showcased IBM’s then-high priority to focus its efforts on helping people; and set a foundation for the company’s AI belief today: AIs are best as assistants to humans, not as replacements.

Microsoft Cloud for Healthcare
Microsoft’s new offering for hospitals is unique because it addresses a problem that IBM’s effort also surfaced: the lack of integration and interoperability between health data repositories.

With all of the effort to keep health data private, it still looks like it could be just as easy for bad actors to access your medical data as it is for you, or your doctor. Even the best AI can’t deal with data sources that won’t talk to each other or provide access to the AI tool. Microsoft’s Cloud for Healthcare focuses on fixing the data interoperability problem, which is perhaps Microsoft’s new best skill.

A couple of decades ago Microsoft didn’t interoperate well, and the European Commission said it needed to fix that or be fined out of business. While Microsoft initially fought this effort, it had an epiphany and realized that if it was the best at interoperation, that could be a competitive advantage, and the company completely flipped to the other side. Now Microsoft, like IBM which earlier made a similar flip, embraces concepts like Open Source and Linux — along with being an interoperability champion.

I use a similar tool for my healthcare, though Microsoft’s appears to be so much better about data access and ease of use than the one I’m using, which appears out-of-date by comparison. But the killer part of Microsoft’s Cloud for Healthcare isn’t how easy it is to use for patients and doctors, or how easy it is to set up for administrators. It’s the massive effort Microsoft made to enable seamless movement between data repositories. This focus is so that doctors, patients, and AIs can get to the data they need to make informed recommendations and decisions.

One other thing separates this initiative: Microsoft’s tremendous focus on partnering with like-minded companies to create a truly impressive solution. You see, no company is broad enough to fix the healthcare problem by itself. But Microsoft is working with more than 55 partners on this venture, and together, even the colossal healthcare problem is fixable.

Wrapping Up: Better Together
It is fascinating that one of the most potent partnerships that ever existed was between Microsoft and IBM, which created the personal computer as most of us know it. The two firms divorced because they were similar in the wrong way (neither liked to share), and different concerning where they were technologically.

Both companies have remarkably changed how they do business. Both now have substantial cloud efforts and are more similar technologically. Culturally, they are similar where it counts. They now love to share and have decent partnering skills.

The result is that this new Microsoft-driven medical solution has not only IBM’s support, but also the backing of many other significant players in the industry. Through cooperation, they are setting an example that the industry should recognize; because the pandemic has reminded us that if we don’t focus on healthcare, our homes, businesses, and especially our families, suffer.